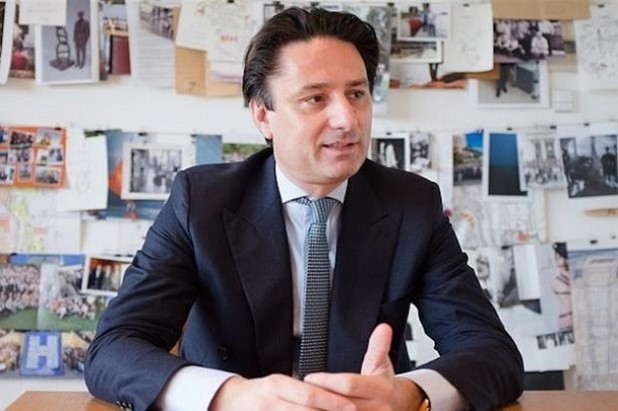 In our first of a series of focus on World Family Business Leaders we take a look at Axel Dumas (born 3 July 1970) who is a French billionaire heir and business executive. He is the chief executive officer (CEO) ofÂ HermÃ¨s,Â and a sixth-generation member of theÂ HermÃ¨s-DumasÂ family.

It all started with ThierryÂ HermÃ¨s,Â an orphan, skilled with leather â€” so skilled, in fact, that his main clients in the 19th century were royal families.Â Six generations later, the HermÃ¨s family â€” and brand â€” is now known for itsÂ exclusive Parisian fashionÂ house and aÂ $49.2 billion fortune.

At the head of HermÃ¨s today are two cousins: Pierre-Alexis and Axel Dumas. Both are co chairmen of the brand. In addition, Axel is the CEO, and Pierre-Alexis is the company’s creative director, whose father, Jean-Louis, revolutionized HermÃ¨s, growing it into an international luxury retailer.Â Thierry HermÃ¨s, who was highly skilled with leather, opened a shop in Paris in 1837.

HermÃ¨s, at the time, specialized in saddles, taking precise measurements for horses and riders. Hand-stitched saddles took months to make. Perfection was expected every single time because many HermÃ¨s clients were European royalty, such as NapolÃ©on III. The fourth generation of HermÃ¨s was synonymous with the Dumas family. Robert Dumas took the head executive and artistic role in 1951 after the death of his grandfather, Ã‰mile-Maurice HermÃ¨s.Â After Robert Dumas died in 1978, his son, Jean-Louis Dumas, took the leadership role, a position he would keep for nearly three decades, transforming the company’s financials from extreme lows to over $1 billion.

Under the helm of Jean-Louis Dumas, in a seven-year period in the 80s, HermÃ¨s sawÂ sales grow from $82 million toÂ $446.4 million.Â Jean-Louis Dumas not only diversified HermÃ¨s to include clothing and jewelry but also steered the company toward opening global operations and stores in a handful of countries. Today, there are over 300 stores in the world.

In typical HermÃ¨s fashion, Jean-Louis Dumas handed off the reins of the luxury house to his son Pierre-Alexis Dumas, now 52, who was named artistic director in 2002.Â Axel Dumas, nephew of Jean-Louis Dumas, joined HermÃ¨s in 2003 and was appointed CEO in 2014. He is one of a dozen heirs of Thierry HermÃ¨s with a controlling stake in the company.Â “Axel is financial and very charismatic, more like my father, with a strong commercial vision,” Pierre-Alexis Dumas said of his cousin’s role at HermÃ¨s in 2013.

“Our business is about creating desire,” Axel Dumas said in a 2014 interview with Forbes. “It can be fickle because desire is fickle, but we try to have creativity to suspend the momentum.”Â But creating desire is just half of the equation. When Axel Dumas took charge of HermÃ¨s, he also increased the production of its handbags. In 2014, HermÃ¨s sales grew to more than $4 billion, a notable feat Dumas credits to its increasing output of leather goods.Â Things never came easy for the Dumas family howeverâ€¦

Appointed in the midst of a dramatic family feud, Axel Dumas has guided HermÃ¨s International through a series of heated legal battles â€“ achieving record profits along the way.Â Dumasâ€™ leadership has been defined, more than anything else, by his role in the infamous rift between his own family and the extravagantly wealthy Arnault family, which owns a majority stake in the $130bn (â‚¬110.3bn) MoÃ«t Hennessy Louis Vuitton (LVMH) luxury conglomerate. The intertwined business dealings of the families only recently came to a close in April, when LVMH relinquished its final share in the HermÃ¨s enterprise. The move marked the end of seven years of fraught business dealings between the two families.

At the Family Business Office we can offer you assistance in dealing with family business issues through incentives supporting advisory and mediation services. Contact us today on familybusinessact@gov.mt.

You can find out more about which cookies we are using or switch them off in settings.

This website uses cookies so that we can provide you with the best user experience possible. Cookie information is stored in your browser and performs functions such as recognising you when you return to our website and helping our team to understand which sections of the website you find most interesting and useful.

Strictly Necessary Cookie should be enabled at all times so that we can save your preferences for cookie settings.

If you disable this cookie, we will not be able to save your preferences. This means that every time you visit this website you will need to enable or disable cookies again.

This website uses Google Analytics to collect anonymous information such as the number of visitors to the site, and the most popular pages.